GK Archi’s architect Le Nguyen Huong Giang is also honored to receive the award of the same many architects in the country.

The Prime Minister affirmed that the Government and the Prime Minister have always listened to and supported many contributions of the Vietnam Architects Association and the architects in the spirit of building the state administrative system. people’s service. “At the request of the new development of the country, we need to always remember the words of Uncle Ho, deeply aware of the role and responsibility of architecture and architecture in the cause of building the country. 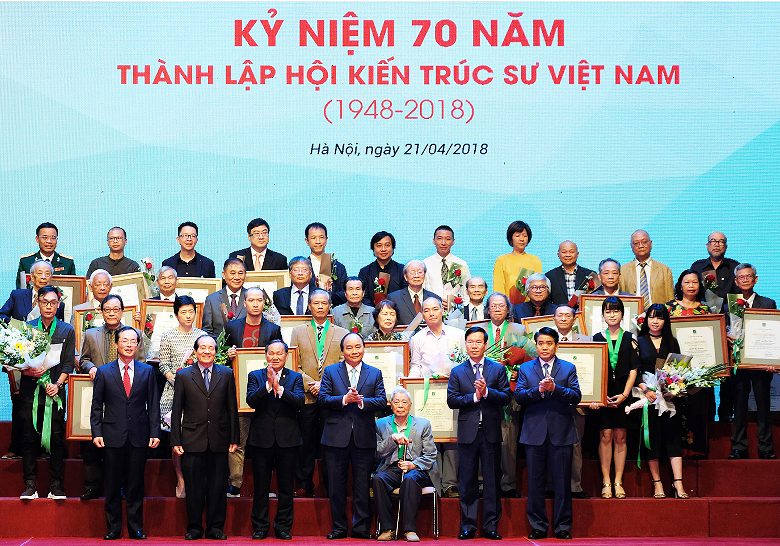 April 21, 09 am at the Opera House – No. 01 Trang Tien Street, Hoan Kiem District, Hanoi. The dedication ceremony for 10 outstanding architects has made outstanding achievements in architectural creation, won many national and international awards as well as the Association’s development and international integration. . The program was attended by the leaders of the Party, the State, the Minister of Construction, the representatives of the Ministries and Departments of the Central Committee of Hanoi together with 500 delegates representing the generations of architects and 6,000 members of the Association of Vietnamese Architects Male.

Top 5 most attractive works in Asia 2016 for The Atrium;

Awards for the iconic work in Dhakar, Bangladesh.

And many other design awards

Country has arrived: nearly 80 countries and territories. In 2017, made a trip to Bike for Bin, alone cycling across Vietnam on a 1,750 km stretch from Hanoi to Ho Chi Minh City in 13 days to raise funds to help autistic children.