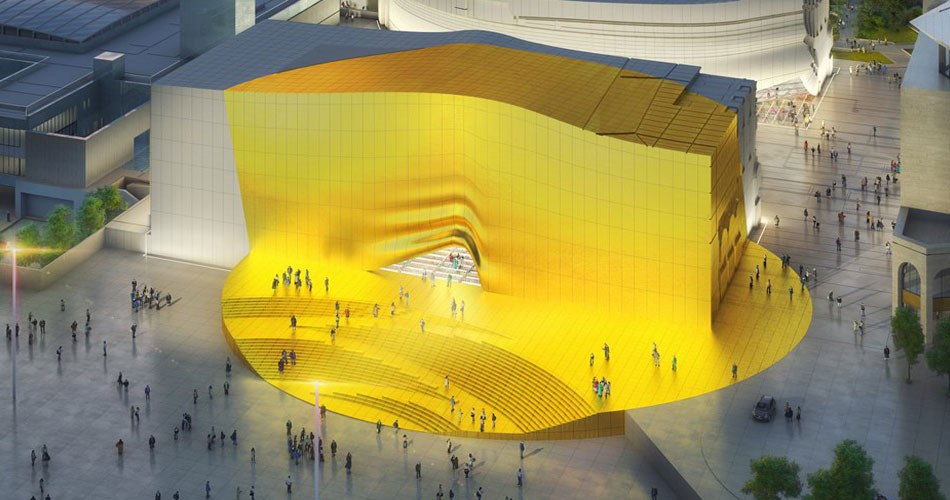 
Dutch firm MVRDV has designed an entertainment complex featuring inverted facades and a huge blob of gold, which will be built in Seoul, South Korea, ahead of the 2018 Winter Olympics.

Called Paradise City, the 9,800-square-metre complex will form the centre of a new tourist district in Seoul. It will feature a nightclub and a retail building, with a public plaza sandwiched between.

MVRDV wants to create two buildings that look like siblings. The two structures, named the Nightclub and the Sandbox, are both designed to feature a “concrete casting” of neighbouring facades.

The buildings will be introverted, with very few window openings. The few openings that visitors will use will lift up like draping curtains.

The main entrance to the complex will be marked by a large golden circle, like a shadow. According to MVRDV, this will be visible to tourists flying into the nearby Incheon airport.

The Sandbox will be a 3,600-square-metre shopping centre that curves around to connect to a new casino.

The 6,200-square-metre Nightclub will be located opposite. More rectangular in shape, it will also feature a “water club” and a roof garden.

An underground car park will be located below.

“The project takes two simple volumes, which create a new urban space,” explained MVRDV co-founder Winy Maas. “These masses then take an imprint of the facades around the site, stretching over the two buildings.” “The buildings are opened by lifting them like a curtain, unravelling their interior,” said Maas.

“Then, to top it off is the golden spot, marking the entrance like a sunbeam, making its presence known even from the air and the landing planes at Incheon airport.”

Paradise City is expected to complete in time for the 2018 Winter Olympics, which will take place in nearby PyeongChang. A mono-rail link will offer a direct link to the airport. 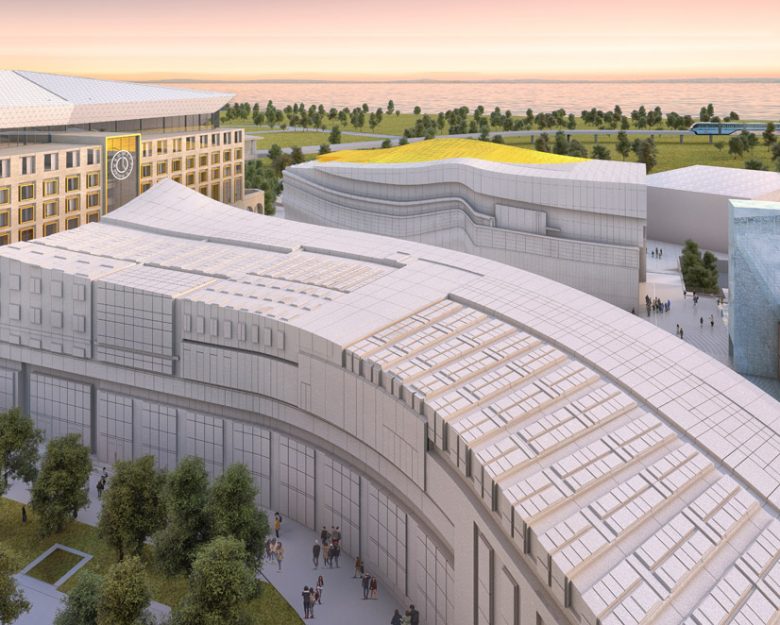 It forms part of a masterplan that comprises four main zones; a hotel with a casino and convention facilities; the Plaza, with a boutique hotel, food-court, retail space and galleries; a spa; and the Entertainment Square, with retail spaces and a nightclub.

The project will be completed in collaboration with local firm Gansam Architects & Partners, which also designed the masterplan, and facade specialist VS-A, which will help create the introverted effect.

Construction is envisaged to begin in September 2016 and complete by 2018. 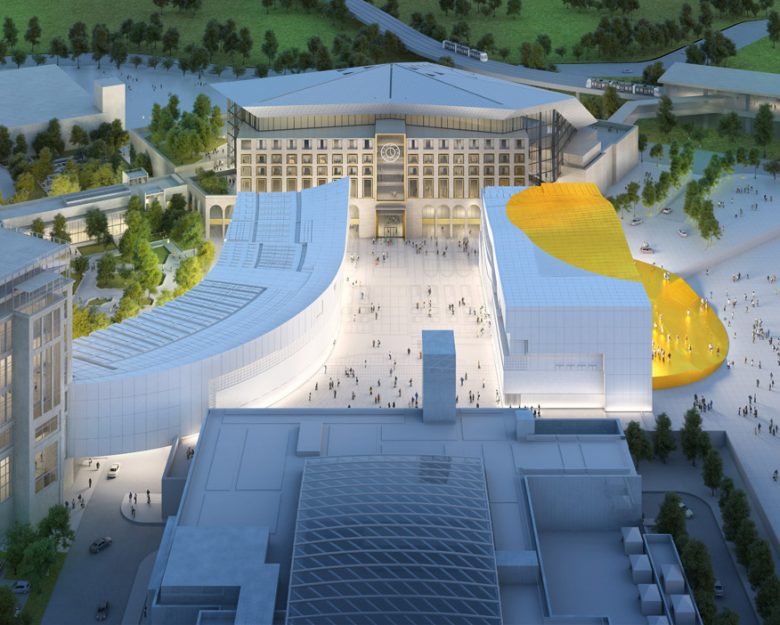 Last year, the firm released plans to transform a Seoul overpass into High Line-inspired park. MVRDV’s completed projects include a library contained within a glass pyramid and a transparent interior for Hong Kong office block.