Tadao Ando is a  self-taught architect whose approach to architecture and landscape was categorized by architectural historian Francesco Dal Co as “critical regionalism”.

He was raised in Japan and this country really shaped his style as an architect and designer through religion and other culture aspects. Ando’s architectural style is said to create a “haiku” effect, emphasizing nothingness and empty space to represent the beauty of simplicity. He favors designing complex spatial circulation while maintaining the appearance of simplicity. A self-taught architect, he keeps his Japanese culture and language in mind while he travels around Europe for research. As an architect, he believes that architecture can change society, that “to change the dwelling is to change the city and to reform society”. “Reform society” could be a promotion of a place or a change of the identity of that place. According to Werner Blaser, “Good buildings by Tadao Ando create memorable identity and therefore publicity, which in turn attracts the public and promotes market penetration”. 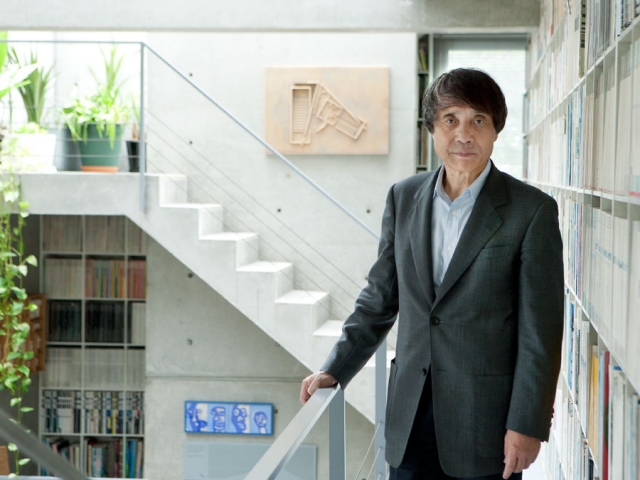 The simplicity of his architecture emphasizes the concept of sensation and physical experiences, mainly influenced by the Japanese culture. The religious term Zen, focuses on the concept of simplicity and concentrates on inner feeling rather than outward appearance. Zen influences vividly show in Ando’s work and became its distinguishing mark. In order to practice the idea of simplicity, Ando’s architecture is mostly constructed with concrete, providing a sense of cleanliness and weightlessness at the same time. Due to the simplicity of the exterior, construction, and organization of the space are relatively potential in order to represent the aesthetic of sensation.

Besides Japanese religious architecture, Ando has also designed Christian churches, such as the Church of the Light (1989) and the Church in Tarumi (1993). Although Japanese and Christian churches display distinct characteristics, Ando treats them in a similar way. He believes there should be no difference in designing religious architecture and houses. As he explains, 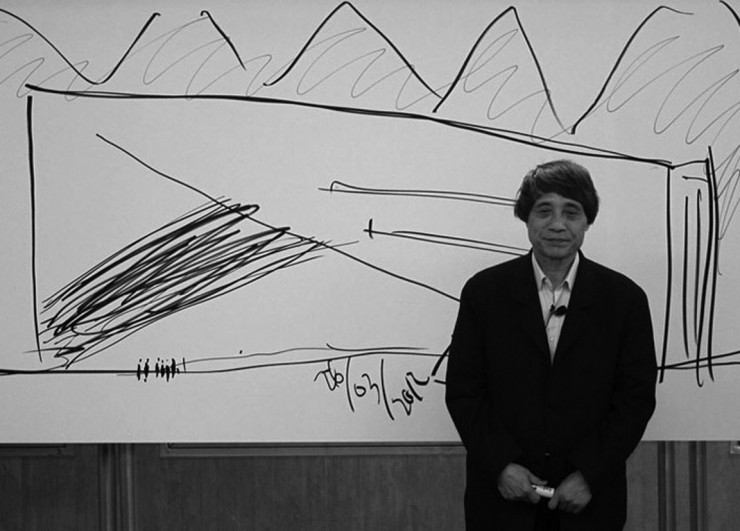 In 1995, Ando won the Pritzker Prize for architecture, considered the highest distinction in the field. He donated the $100,000 prize money to the orphans of the 1995 Kobe earthquake.

Ando says that most people talk about his work as being minimalist, but he explains that this is not truth because behind it there is a lot of thought an complex architectural techniques.

Tadao Ando was born in 1941 in Osaka, Japan. Growing up in that city as Japan recovered prom the war, Tadao Ando spent the most of time out of doors, and was raised by his grandmother, whose name was “ando”. From the age of 10 to 17 Tadao Ando worked at local carpenter, where Tadao Ando learned how to work with wood and built a number of models of airplanes and ships. His studying was very unusual. “I was never a good student. I always prefered learning things on my own outside of class. When I was about 18, I started to wisit temples, shrines and tea houses in Kyoto and nara; There’s a lot of great traditional architecture in the area. I was studying architecture by going to see actual building, and reading books about them.” His first interest in architecture was nourished in tadao’s 15 by buying a book of Le Corbusier sketches. “I traced the drawings of his early period so many times, that all pages turned black,” says Tadao Ando: “in my mind I quite often wonder how Le Corbusier would have thought about this project or that.” 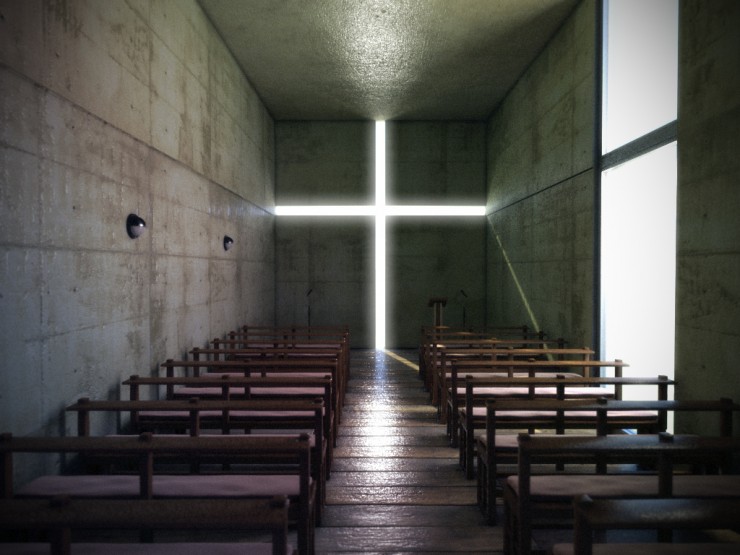 Tadao Ando took a number of visits to the United States, Europe and Africa in the period between 1962 and 1969. It was certainly at that time that Tadao Ando began to form his own ideas about architectural design, before founding Tadao Ando Architectural & Associates in Osaka in 1969. Tadao Ando ‘s winner of many prestigous architectural awards, for example Carlsberg Prize (1992), Pritzker Prize (1995), Praemium Imperiale (1996), Gold Medal of Royal Institute of British Architects (1997) and now is one of the most highly respected architect in the world, influencing an entire generation of students. 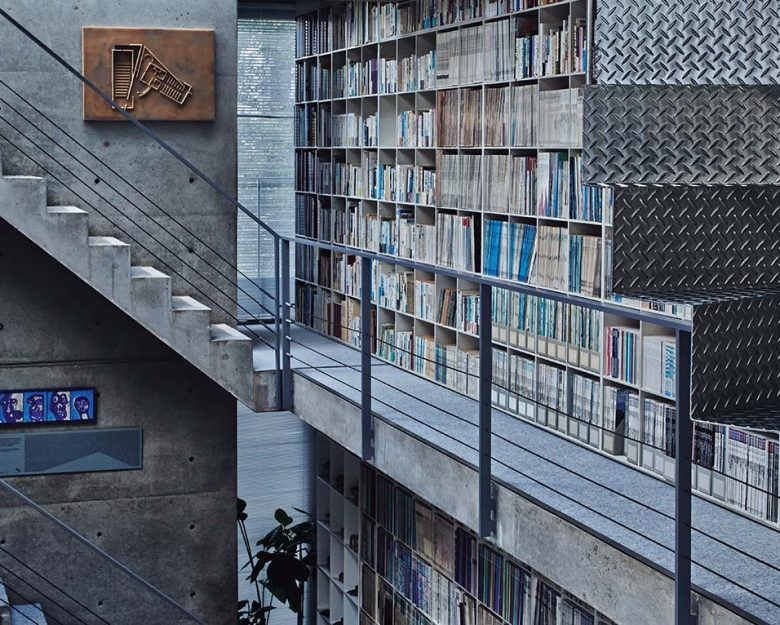 The first impression of his architecture is its materiality. His large and powerfull walls set a limit. A second impression of his work is the tactility. His hard walls seem soft to touch, admit light, wind and stillness. Third impression is the emptiness, because only light space surround the visitor in Tadao Ando ‘s building.

“I am interested in a dialogue with the architecture of the past”, Tadao Ando says, “but it must be filtered through my own vision and my own experience. I am indebted to Le Corbusier and Ludwig Mies van der Rohe, but the same way, I take what they did and interpret it in my own fashion.”

Background and Realizations: the projects

One of the first projects to bring international attention to Tadao Ando was his Rokko Housing I. (Kobe, Hyogo, 1981-83), which is situated much further down the slope of the Rokko Moutains than the Koshino house, this complex is wedged into a restricted site on a south-facing 60 degrees slope. Each of the 20 units is 5,4 x 4,8 m in size, and each has a terrace looking out towards the bush harbour of Kobe. Why was this monumental resident building so successful ? ” I think architecture becomes interesting when it has a double character, that is, when it is as simple as possible but, at the same time as complex as possible” 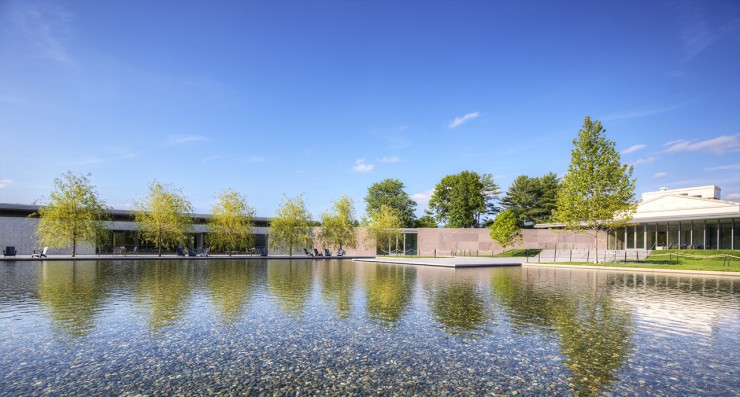 Tadao Ando ‘s most remarkable works are certainly the religious buildings. “I feel that the goal of most religious is similar, to make men happier and more at ease with themselves. I see no contradiction in my designing christian churches. ” Tadao Ando has build a number of christian chapels and other places of religion and contemplation. One of the most amazing church is also one of his simplest. The church of the light (Baraki, Osaka, 1988-89) is located in a residential suburb 40 km to the north-east of the center of Osaka. It consists from a rectangular concrete box crossed at 15 degrees angle by freestanding wall. The bisecting wall obliges the visitor to turn to enter the chapel. As ever with Tadao Ando, entering a building requires an act of will and an awareness of the architecture. In an unusual configuration, the floor descends in stages toward the altar, which is next to the rear wall, whose horizontal and vertical openings form a cross, flooding the space with light.

Awaji is the largest island of the inland sea, set 600km to the south-west of Tokyo opposite Kobe in the bay of Osaka. Here, on hill above a small port, Tadao Ando build his Water Temple. Following a small footpath, the visitor first sees a long concrete wall, 3m high, with a single opening. Through this door one does not find an entrance, but rather another wall, blank, but carved this time, bordered by a white gravel path. Having walked past this new screen of concrete, the visitor discovers an oval lotus pond, 40m long and 30m wide. In the centre of the pond, a stair way descends to the real entrance of the temple. Below the Lotus Fond, within a circle 18M in diameter, the architect has inscribed a 17.4 m square. Here, within a grid of red wood, a statue of buddha turns its back to the west, where the only openings admits the glow of the setting sun. In this place at sunset the words of Tadao Ando can be more clearly understood: “architecture,” Tadao Ando says, “has forgotten that space can be a source of inspiration.” The other religious buildings are: Water Temple in Hyiogo, Meditation space UNESCO in Paris, etc.

The Children’s museum (1988-1989) is located on a large wooded hillside site overlooking a lake near the city of Himeji. In this mature work of Tadao Ando, the visitor is invited to discover the architecture in relation to its natural setting. The main unit of the museum contains a library, indoor and outdoor theatres, an exhibition gallery, a multipurpose hall and a restaurant. The outdoor theater is located on the rooftop, with a spectacular view of the lake. A stepped waterfall and pool near the building also serve to make a connection between the museum and the scenery of the lake. A path, marked by a long concrete wall leads the visitor away from the main structure toward a workshop complex consisting of a two-story square building.

Along this path Tadao Ando has placed a surprising group of 16 concrete columns in a square grid. In their wooded setting, these 9m high pillars recall that the first columns in architectural history were inspired by trees. Just down the road from the children’s museum Tadao Ando designed the Children’s Seminar House (1991-92). A residence for schoolchildren on vacation, which is capped by a small observatory. The other museums are: The Museum of Literature, Naoshima Contemporary Art museum, Chikatsu-Asuka Historical museum, etc. 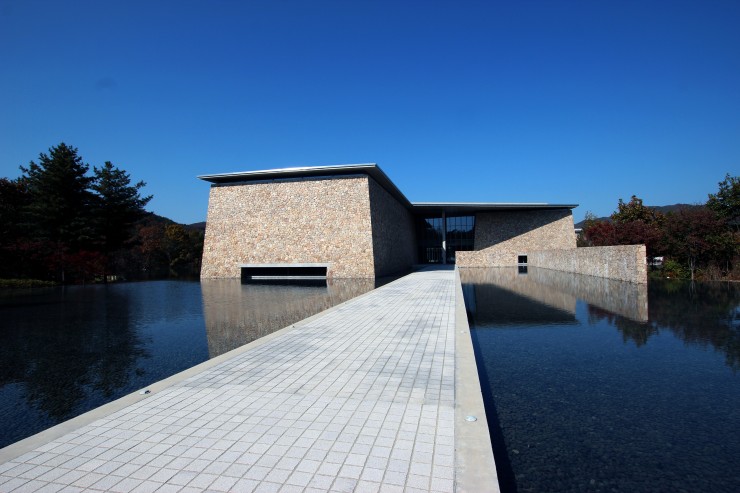 There are many islands in the many islands in the inland sea of japan that are architectonicaly designed into a small cities. There are projects like naoshima museum and hotel (1990 – 92 and 1994 – 95), located at the southern end of island naoshima, and the great project for Awaji island, Hyogo. It was designed in 1992 and from year 1997 is under construction. This north – eastern shore of Awajishima. Tadao Ando describes it: “The program is for multi-use facility including a botanic garden, a place for the study of horticulture, an open-air theater, a convention hall, a hotel and a guest house. Our first idea was to restore the greenery, more specifically to hold a flower exposition there and to develop the idea into a permanent garden. We called this the millenium garden, and the project was developed on the basis of that concept. It was decided that the facilities would be linked by living things, that is, plants such as trees and flowers, and the flow of water and people. The alhamera in granada provides a historical model.

Tadao Ando is the world ‘s greatest living architect. If Tadao Ando has one weakness it may by a difficulty in translating the grandeur of his smaller buildings to a larger scale.